This aspect is very important in synastry. If have to bare in mind that Pluto is generational planet, so it is really Ascendant person who experience this lesson as a result of blending with Pluto person. So, aspect will be felt by Ascendant person tremendously. Ascendant represents body, personality, physical aspect of us, image we project out there to other people. It is that 1st house thing, our persona. Everything what touches our Ascendant is very sensitive theme in our synastry. Ascendant in synastry is felt more strongly than any other planet in synastry – even in comparison to personal planets in synastry. 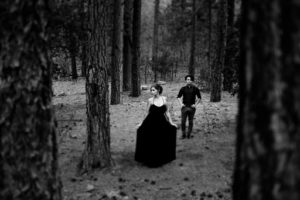 Pluto difficult aspects in synastry can be damaging

Pluto operates slowly, but surely. Pluto is not afraid to dig deeper and get what he wants. Pluto is patient, secretive, hidden and dangerous. His power is the most potent with difficult aspects.

If you have tight orb, like up to 2 degrees this aspect can even be dangerous. Pluto is hidden, secretive, motives and intentions are not clear to Ascendant. Pluto will have huge impact on whole Ascendant life. The thing is, with difficult aspects can be damaging to Ascendant person. We all like to fantazise about Pluto aspects and how deeply commited they are. I mean, they certainly are commited, but this aspect creates such an unhealthy dynamic, I would not reccomend to entertain to anyone.

Pluto operates deeply, unconcsiously. If you are not in a new relationship, or just dating, you will not be able to recognize this aspect in its pure force. Relationship starts off with lot of passion and longing. Ascendant person is flattered by all Pluto attention and feels deeply loved and admired by him. At least at the beginning. Pluto wants power, Pluto wants to own whatever he wants and wants to own Ascendant as their “property”. Pluto wants to decide who Ascendant should become as a person. We can see lot of difficult psychological mind games happening from Pluto person. It takes lot of awareness on Ascendant side to understand what is this interaction about.

After some time, Ascendant person doubts his own feelings, concerns. Ascendant person takes all the blame Pluto says to him. At one point of their commitment Ascendant feels like he is making up all the bad stories about Pluto, because Pluto can easily persuade Ascendant about it. Ascendant, in reality, has very limited resources not to get attached and charmed by Pluto. It is not Ascendant´s fault not being able to recognize the danger. However, Ascendant person is more prone to be aware about what is going on as time passes. After 2-3 years, there is that urgent feeling on Ascendant person´s side that something is very wrong here… That is when Ascendant person is loosing their identity completely.

This is Phoenix aspect in synastry. This aspect is here to remind Ascendant person that he lost all his power but can still take his power back. Nothing is wasted, even though it may look like that after living or spending couple of years with Pluto person.

Mercury square/opposition Neptune Synastry “How it all turned to lies”

Mercury square/opposition Neptune Synastry “How it all turned to lies”

Horoscopes I offer you